Many things have changed for me in the last few years, in all aspects of my life—my work life, my love life, and my writing life. And in all those areas, I’m meeting many new people and doing many new things. All of which have led me to a lot of thinking about roads taken and not taken.

I’m not talking about the results of deliberate efforts, of working toward those particular goals. If you work really hard at your job with the intention of moving up the ladder and you become a VP,  that’s a result of intentional steps taken.

I’m talking about decisions that we make and roads that we take without really knowing what the consequences will be, or that there will even be consequences. Who knew that picking up a particular book in a bookstore would lead me to do certain things that in turn led me to meet certain people and become active in the lesfic community? 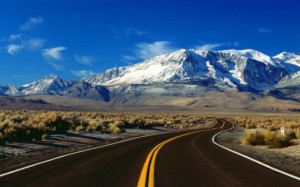 One of my biggest regrets in life is taking the job I took right after I graduated from college. It was not the job I wanted, but I took it because I was insecure and felt that if I didn’t take what was offered to me, I would never get a job. So instead of continuing the search for the kind of job I wanted, I settled for that one, and that set me a path that I wouldn’t be able to diverge from for many years. I’m so far away from where I thought I’d be now professionally. In fact, I’m not even in the neighborhood. Maybe if I’d held out for a different job, I’d be happy in that respect. Maybe I’d be in a great position making great money and doing great things.

Or would I? I mean, was becoming a lesfic community part of my destiny? If I had held out for the job of my choosing after college, would Destiny have found a different way for me to get here?

Of course, I’ll never know the answer to that. Some people say that there are no coincidences, that everything in life happens for a reason. I don’t know if that’s true, but it really opens up so many questions and possibilities.

Everything that I’m doing right now as a writer can all be traced back to that moment that I picked up that book in Border’s, and the state of my working life is the direct result of that choice I made after graduation. It ultimately doesn’t mean anything because things are what they are, and I can’t go back and unmake any of the choices I made.

I wish there was a crystal ball I could look into to see how my life would have turned out had I made different decisions. Or maybe we’re all better off not having that ability. I could see many unhappy results of that. And many happy ones, too. But who knows?

All we can really hope for is that we made the right choices, even if we don’t know it. That, in the long run, the paths we choose take us where we need to be. And if mistakes are made, that they were meant to be made so that we could learn something, either about ourselves or about making choices.

Robert Frost wrote the poem “The Road Not Taken” and his philosophy was that you should make the choice that’s right for you, and not just the one that everyone chooses. Go with your gut and heart, not with the popular choice. Frost’s last stanza:

I shall be telling this with a sigh
Somewhere ages and ages hence:
Two roads diverged in a wood, and I—
I took the one less traveled by,
And that has made all the difference.

2 thoughts on “The Road Not Taken”