I’ve heard it time and time again, by people all the over the place: New Yorkers are nasty.

Well, I’m a New Yorker and I’m not nasty, but taking myself out of the equation, I’d like to address this.

There are nasty people everywhere you go. Granted there might be more in New York, but let’s look at the facts. There are 8 million people in New York City. With that many people in such a small area, the law of the jungle applies. There is a daily struggle for living space, jobs, parking spots, a seat on the train, and personal space, which is something that someone who has spent their entire life outside of a big city doesn’t understand. It’s all bound to cause some crankiness, and I think you’ll find this in any congested big city. 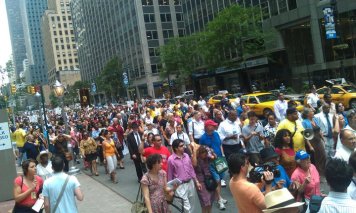 It’s evident when someone falls or passes out and others rush over to help him or her. And in times of distress, New Yorkers have shown themselves to be compassionate and giving, such as after 9/11 and Hurricane Sandy.

I think that maybe we all became more aware of our attitudes after 9/11, when we realized that we all live on this rock together and need each other to survive, and that the world would be a better place if we were all just a little nicer to each other.

In the days, weeks, and months following 9/11, there was a somber pall over the city, but one thing that improved, ironically, was people’s attitudes. Strangers were nicer to each other than I think they would have been before. It was a reaction—deliberate or subconscious—that was the polar opposite of what the terrorists had done to us. The new rule to live by was “be kind to each other.” We’re all human beings and everyone deserves respect. There were more excuse me’s and thank-you’s on the trains and in the streets. People more readily gave up their seats to those who needed them. And there was more polite chit-chat and casual laughter, even though we had all just died a little inside. And when a pregnant woman or mom with a stroller was crossing the street, the traffic cop or crossing guard was extra, extra careful about stopping traffic, because he/she knew that what that woman was carrying in her belly or pushing in that stroller was more important than ever. It was our future.

The MTA (Metropolitan Transit Authority, which runs the subway system in NYC) began a campaign several years ago: Courtesy is contagious, and it begins with you. More recently they’ve put up posters of things NOT to do on the subway to make it “a better ride for everyone.” It’s a trend that’s catching on.

The jungle has its quiet moments.

Don’t get me wrong, there’s still plenty of nastiness to dodge in the streets of Gotham. But it seems to overshadow the good stuff that winds through our alleys, grows in our trees (yes, trees do grow in Brooklyn), and filters into our homes through our in-window air conditioners. It’s there, believe me.

You should come see for yourself. But for the love of god, if you visit, please follow these rules: 19 ways to not be bad at New York City

If you don’t, THEN you will see the New Yorkers that people talk about. And it ain’t pretty.

Don’t say I didn’t warn you. 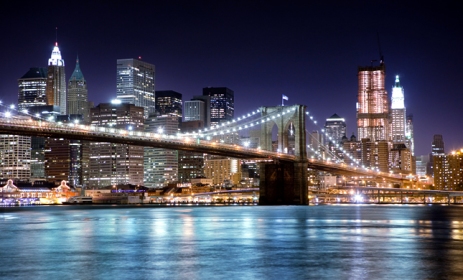 2 thoughts on “The Quiet Jungle”