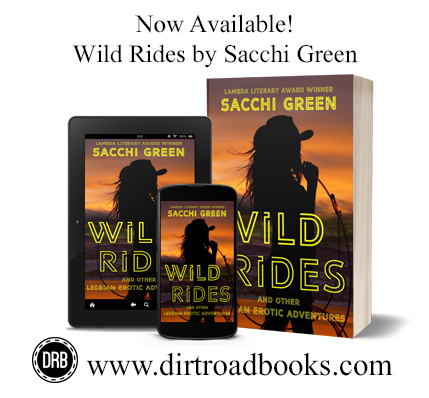 You can listen to an audio excerpt of Wild Rides HERE. AND you can enter to win a free ebook or some other cool stuff at our Rafflecopter giveaway HERE.

So it’s my pleasure to welcome Sacchi to my little place for a stop on her blog tour. Welcome Sacchi!

The Insidious Seduction of Research

In deciding what I’d like to share with you about the book, the theme of research keeps nudging at me. These stories are all fiction, very much so, but even short stories, and even short erotica stories, can require research of various kinds to reach their full potential. Not all of the pieces in this book fall into this category, but more than you might think, and any writer wants to be sure that settings, references to events, bits of history, and cultural matters are depicted well enough that no reader who might be more expert in those things will complain. We’d like to think that the steam of our sex scenes would distract anyone from noticing tiny details, but there’s no counting on that.

Those are practical considerations, but to tell the truth, I just really love the research. Sometimes I get so lost in it that it slows down my writing, but it’s worth it. Especially when, as happens surprisingly often, what I find out confirms what I thought, and lets my story go places I want it to go.

A few examples—or at least I’ll try to keep it to a few. 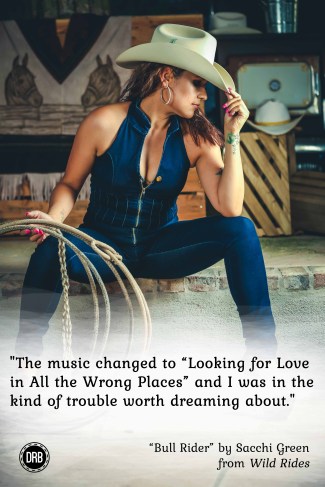 For my story “Lipstick on Her Collar,” I researched life for women in the U.S. military during the Vietnam War. I chose this setting because the anthology I was editing had already been given that title by the publisher. The reference to the Connie Francis song led me to do some research on the singer, and I found that she had entertained the troops in Vietnam and, as my character says, “gone places Bob Hope wouldn’t, hopping flights in Hueys and Chinooks to give the boys in the boonies a look at what they’re fighting for.” My story began to take shape. For accurate details, I read several memoirs of WACs and nurses who had been “in country.” In my story, of course, the “collar” in question is on a WAC jeep driver forced to act as guide to a female journalist. Both adventure and sexual sparks ensue.

For another story, “Pirate from the Sky,” I did research on an actual Chinese woman pirate, of whom there were, surprisingly, quite a few. The one that fit the time period I was using, the prelude to WWII, was Lai Choi San of Macao, also know as Mountain of Wealth, and more notably The Dragon Lady of Bias Bay (possibly the inspiration for the Dragon Lady character in Milton Kaniff’s comic strip Terry and the Pirates, though by no means as glamorous.) I made my characters be former aides of hers, outfitted with a pirate ship for her profit, but now escaping into the far reaches of the Pacific and harrying Japanese war ships whenever possible. I also did research on the other main character, a female airplane pilot, but I’ll leave you to figure out the real person she was modeled after.

Even some more contemporary stories needed research, since I’ve never actually been in Paris searching out gargoyles, or in battle in the Middle East, or in a women’s prison. And I’ve never been in Amsterdam in the 1980s, where, as it turns out, there was actually a country/western-themed club at the time, like the one in my story. Research for the win!

I could go on, but I’ll be merciful, and let it go at that. Yeah, I know, you want to know whether I did research on the sex, too, but let’s not go there now. Just read the book to see if I got it right.

Sacchi Green is a Lambda Award-winning writer and editor of erotica and other stimulating genres. She lives in western Massachusetts, with an alternate retreat in the mountains of New Hampshire and occasional forays into such real world spots as NYC for readings. Her work has appeared in scores of publications, including multiple volumes of Best Lesbian Erotica, Best Women’s Erotica, Best Transgender Erotica, and Best Fantasy Erotica, and she’s also edited seventeen anthologies over the last fourteen years, most of them lesbian erotica. Nine have been finalists for Lambda Literary Awards, and two of those have been Lambda winners, while four have won Golden Crown Literary Society awards. All these awards, of course, are actually due to the fine writers who trust her with their work.